Electricians are trained professionals who are responsible for installing, maintaining, and repairing electrical power equipment, lighting, communications, and control systems in households, businesses, and factories.

Duties of an Electrician
Electricians have several duties such as reading blueprints and technical diagrams and installing and maintaining lighting, wiring, and control systems. Electricians also have to inspect electrical components such as circuit breakers and transformers and identify electrical problems by using various testing devices.

Electricians are also skilled at repairing or replacing equipment, wiring, and fixtures using power tools or hand tools. They are trained to follow the local and state building rules that are usually defined by the National Electrical Code. Some also undertake apprentices and helpers and train them to work and perform the duties of an electrician.

All buildings have electrical power, lighting, communication and control systems that require installation during construction and maintenance, which is done by an electrician. These systems make the lives and jobs of people easier and more comfortable, as they power lights, appliances and other equipment.

Why It’s Not Easy
Installing electrical systems in new buildings is less complicated than maintaining the ones in existing buildings since it’s easier to access electrical wiring during construction. Maintaining equipment and electrical systems require identification of problems and repairing broken equipment that can be difficult to reach sometimes. Maintenance work also includes fixing or repairing parts such as light fixtures, motors, control system and other electrical equipment. 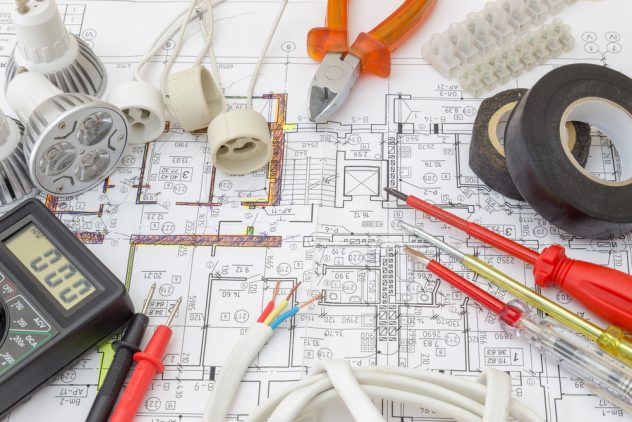 Electricians also read blueprints that are basically technical diagrams of the electrical system showing the position of outlets, circuits, and other equipment.

They have to use different types of power and hand tools as well, such as conduit benders in order to run and protect electrical wiring. Other common tools that electricians have to use include wire strippers, screwdrivers, saws, and drills. While troubleshooting, electricians use equipment such as an ammeter, voltmeter, thermal scanner, and cable tester to locate the problems and make sure that all the electrical components are functioning properly.

They mostly work alone, but they also have to collaborate with other professionals such as building engineers and architects, especially when designing electrical systems during new construction or remodeling. They also have to consult construction specialists like air-conditioning and heating workers and elevator installers to install and maintain electrical systems. When employed by large companies, electricians have to work in teams and may even have to guide and train apprentices and helpers.

These are the main types of electricians, depending on their duties.

These electricians have to maintain and repair large equipment, motors and control systems while working in factories and businesses. They have to employ their knowledge of electrical systems in order to facilitate the smooth and efficient running of these systems.

These electricians have to install the transmission and distribution lines to deliver electric power from the source to the customers.

What to expect during a dental visit